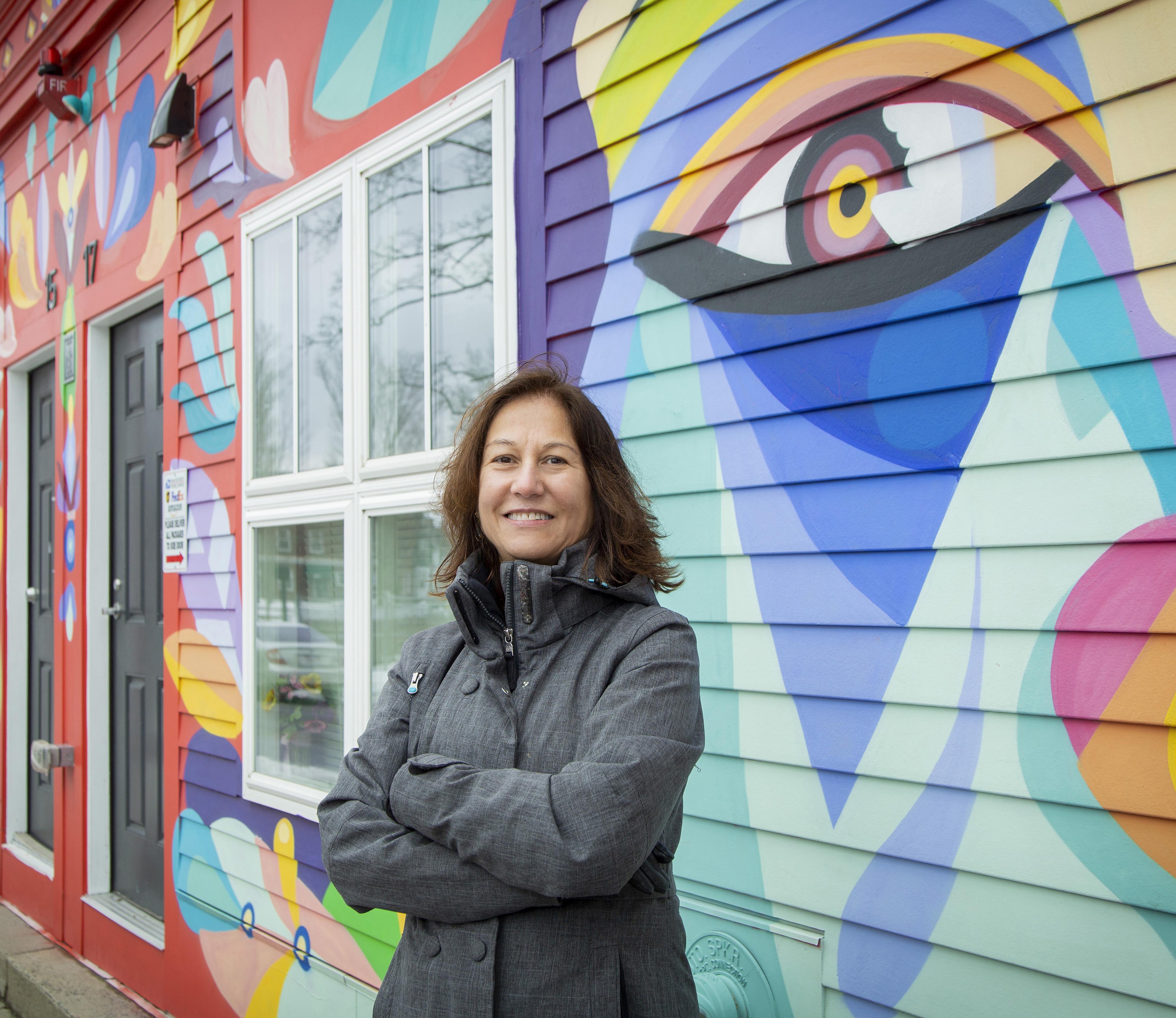 Historically there has been a divide between Salem, Massachusetts’ downtown district and the largely Latino neighborhood of El Punto. Despite Salem’s position as the second-most popular tourist destination in the Commonwealth, El Punto has experienced a century of disinvestment. So, when a prominent parcel of land just at the edge of El Punto became available, North Shore Community Development Coalition (CDC) seized the opportunity to develop it.

“We had coveted this site,” says Mickey Northcutt, Chief Executive Officer of North Shore CDC. “We thought it was critical that whatever went on it was rooted in equity. It is a real opportunity to create something beautiful and inclusive.”

They have named the new development El Centro.

Straddling downtown and the river, the site lends itself to being mixed use. Northcutt continues, “One of our key programmatic partners is North Shore Community Health. They serve thousands of low-income people a year, regardless of economic or immigration status. Yet, they are in a facility that is less than half the size they need, which has been a barrier to their growth. It doesn’t match the quality of care they provide.” The planned 35,000 square-foot community health center will include family health, behavioral health, dental and a much-needed urgent care clinic. Additional commercial space will include a bank, an existing tenant, and North Shore CDC’s office.

The Punto Urban Art Museum has introduced people from all over not only to beautiful murals by international artists but also to a neighborhood that previously was ignored. Once here they discover the diverse shops, restaurants, and of course the people who make up this thriving and lively neighborhood. It is exciting to see El Punto be one of the 'must sees' on every Salem tourist’s itinerary.”

The project will also include 48 affordable apartments for seniors, meeting a tremendous neighborhood need. Ilene Vogel, Director of Real Estate, notes, “We are very excited to be able to provide two of the most important things for vulnerable seniors — safe, affordable housing and access to top-quality healthcare — all in one central location. Because that location is on the South River, we will also be able to help revitalize the waterfront and provide benefits to all of Salem. This is a once-in-a-lifetime opportunity.”

Such ample, well-articulated outdoor space is built on the placemaking effort started by North Shore CDC’s Punto Urban Art Museum, an open-air museum with 75 large-scale murals. El Centro’s buildings will feature two art galleries, as well as art in the public spaces. North Shore CDC has hired a world-class nonprofit architecture firm with a deep commitment to good design. Northcutt notes, “The dignity that comes from beauty is just as important as affordability.” That has been a longstanding tenet of North Shore CDC.

While the work hasn’t always been easy, having strong support helps make it possible. “BlueHub has been a key funding partner for some of the most challenging projects we’ve worked on over the years. They ask great questions early on that help shape the projects and make them stronger. We couldn’t do this work without them,” said Northcutt.

Used for Acquisition and Predevelopment

Read Next: Housing to enable substance use disorder recovery